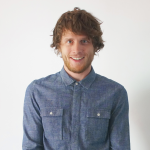 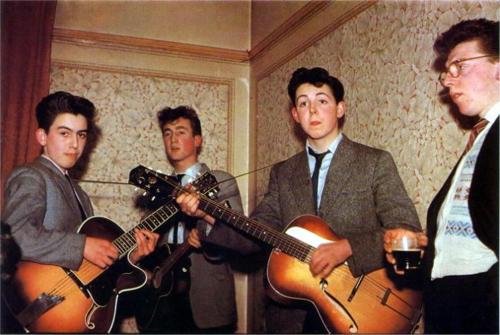 Starting things is easy, its sticking with them and making them part of what you do thats hard.  Many people see guitarists and think “yeah I could do that,” only to pick it up and find that after a few hours of plunking around, their fingers hurt and they haven’t yet reached rock star status.  While there’s no magic potion to become a phenom overnight, here are a number of things that a beginner can do to get over the hump:

1.  Leave the guitar out

Cases are wonderful things in a rainstorm or in an overcrowded backstage loading area, but at home they have a habit of standing between you and your guitar.  I know, I know, if you really want to play bad enough you will make the extra effort to unzip the case, but you may do so less often.  Leaving the guitar out of its case makes it a whole lot easier to grab it and strum a few chords when you get the chance, and turns playing and practicing into the stuff of everyday life rather than a once a week chore.

While this may seem obvious, it so happens that I’ve asked a number of my students how they tune at home after a few months of lessons, only to hear that they don’t.  While tuning, especially without a tuner, may at first take as long as the practice session itself, don’t let it fall out of your routine.  The most important reason to tune every time you play, is that it makes what you do sound good! How are you supposed to stay interested without enjoying the sounds you are creating?

The usual saying may be quality over quantity, but for the new guitarist, its the other way around.  Learning the guitar is the process of building muscle memory.  Pretend you want to get in shape, do you go to the gym for 7 hours just once a week?  Of course not.  Muscle memory works much the same way, shorter more frequent sessions will help you develop skills much faster and easier than trying to do it all in one night.

This tends to be where some people start to fall off, they’ve learned their basic open chords, done a bit of chord switching and strumming, and made it through a song or two but are lost as far as where to go next.  By having a goal such as “I want to be able to play the funky strat riff at the end of Billie Jean by my girlfriends birthday party”  you know what your working towards, and exactly when you’ve arrived.  Sometimes this can take a bit more soul searching than some beginners signed up for, just remember when you accomplish a goal, you set another.  You don’t have to have all of the answers right away, just pick something that interests you and when you get there, keep going.

Music can be the greatest and most fun thing in the world.  It can also be very frustrating.  The key for those starting out is to take it slow, learn easy songs within your grasp, and enjoy them.  For those that enjoy a challenge theres a big one up ahead, but laying the groundwork is just as much about making guitar playing a fun habit than it is about getting that F chord to not buzz.  Once your hooked, your hooked, and tackling twister-esque chord shapes and learning lightning fast runs feels much more like play than work, just take your time and enjoy the ride!

GET STARTED TODAY. YOUR FIRST LESSON IS FREE!
Excellent Instructor! His teaching style has a very balanced blend of theoretical/technical aspects and hands on...
Read More
Sunburst School of Music is one of the best schools in the city of Pittsburgh with devoted teachers who are truly talented.
Read More
In music, there's a difference between learning from a teacher and learning from a player. With a teacher, you learn how...
Read More
My son had never picked up a guitar before entering Sunburst School of Music. Within three months he had learned to play...
Read More
I am 41 years old and taking up guitar for the first time. I had tried several teachers prior to stumbling upon Sunburst...
Read More
Awesome! I learned so much about guitar in a short period of time...
Read More
Sunburst School of Music offers in person and online music lessons and group programs in the Squirrel Hill area of Pittsburgh, PA.
412-475-8280